An alien is any individual who is not a U.S. citizen or a U.S. national.  A resident alien is an alien that meets the green card test or substantial presence test.
You are a Lawful Permanent Resident of the United States if you have been issued by the U.S. Citizenship and Immigration Services (USCIS) an alien registration card, Form I-551, also known as a “green card.”

An alien is any individual who is not a U.S. citizen or a U.S. national.  A nonresident alien is an alien who does not meet the green card test or substantial presence test.

“Inbound” refers to non-U.S. persons (both individuals as well as entities) with U.S. income and/or U.S. activities.  A typical inbound circumstance exists where a foreign corporation has income and/or activities in the U.S.

“Outbound” refers to U.S. persons with non-U.S. income and/or non-U.S. activities.  A typical outbound circumstance exists where a U.S. headquartered corporation has income and/or activities in other countries. 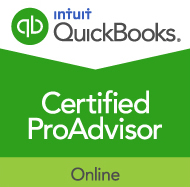